These instructions describe how to load OpenMRS into Eclipse version 3.4.2 using the Maven Eclipse Plugin. Eclipse and Maven are assumed to be installed previously.

Run the follow command from the command line at the root of the checked out project:
mvn eclipse:configure-workspace -Declipse.workspace=<path-to-eclipse-workspace>

On starting Eclipse, select the <path-to-eclipse-workspace> used in the previous step.
If Eclipse is already started, switch the workspace by File -> Switch Workspace -> Other... and select the workspace path. 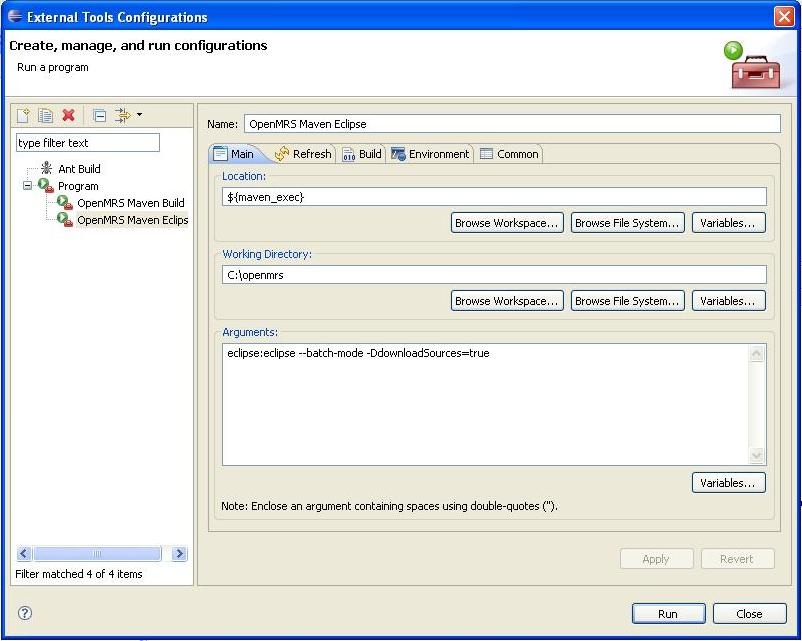 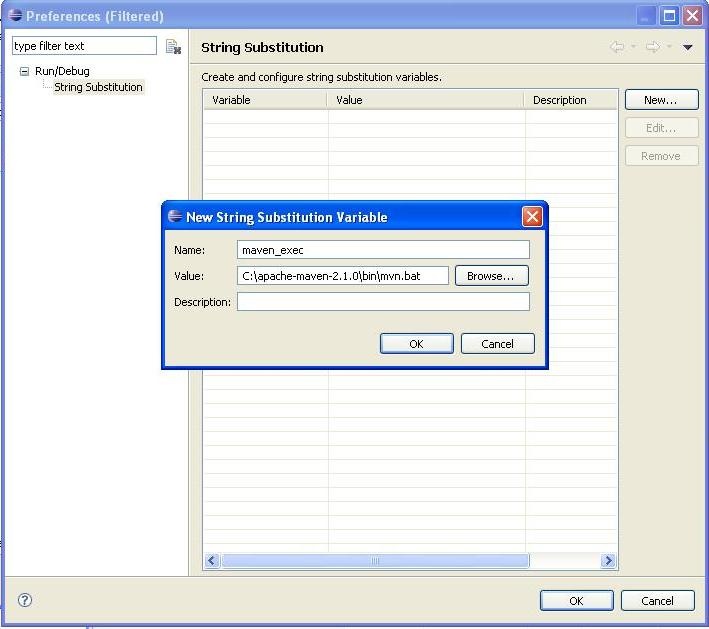 Select the newly created variable name for the Location, and enter the path to the checked out OpenMRS project as the Working Directory.
Enter the Arguments for the eclipse command:
eclipse:eclipse --batch-mode -DdownloadSources=true 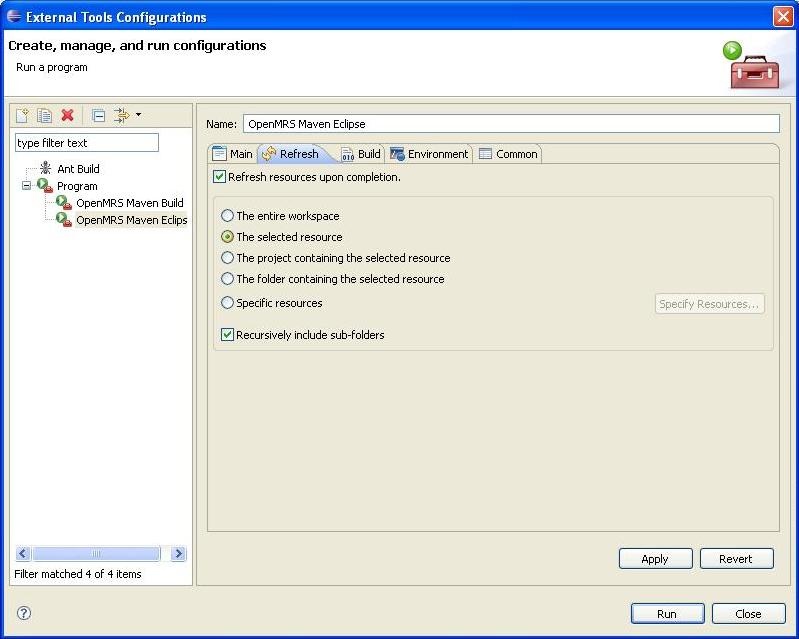 Follow the same steps for adding other Maven commands.
For the build command, enter these the Arguments:
clean install --batch-mode 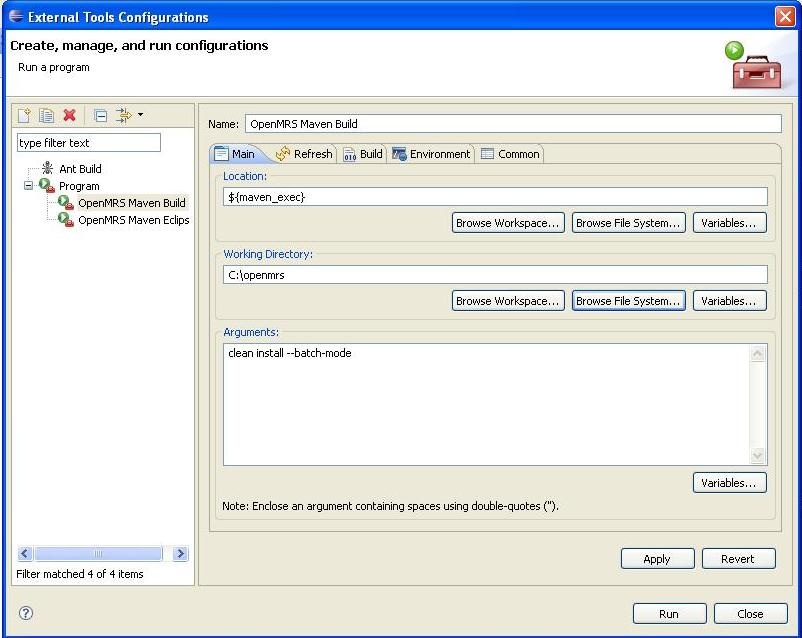 Generate the Eclipse .project, .classpath, and .settings files by running the eclipse command using the External Tools in Eclipse or through the command line.

If using External Tools, follow the steps above if not already complete to create the Maven Eclipse command configuration and Run.

If using the command line run:
mvn eclipse:eclipse -DdownloadSources=true
If running from the command line, manually update the projects in Eclipse by selecting them all, right-clicking, and selecting Refresh.

Each time the dependencies are changed in the pom.xml, re-run this command to update the libraries in Eclipse. 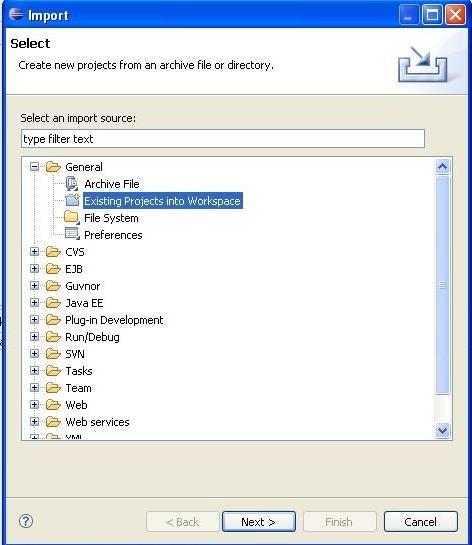 A suggestion is to use the Java perspective with the Referenced Libraries node.
Change the perspective by Window -> Open Perspective -> Java 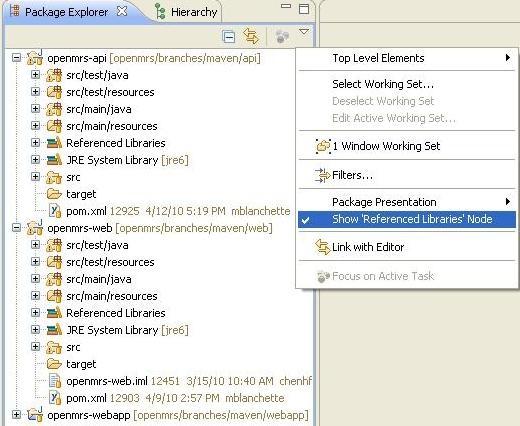