Sync 2.0 is an OpenMRS module accessible at the Home Page 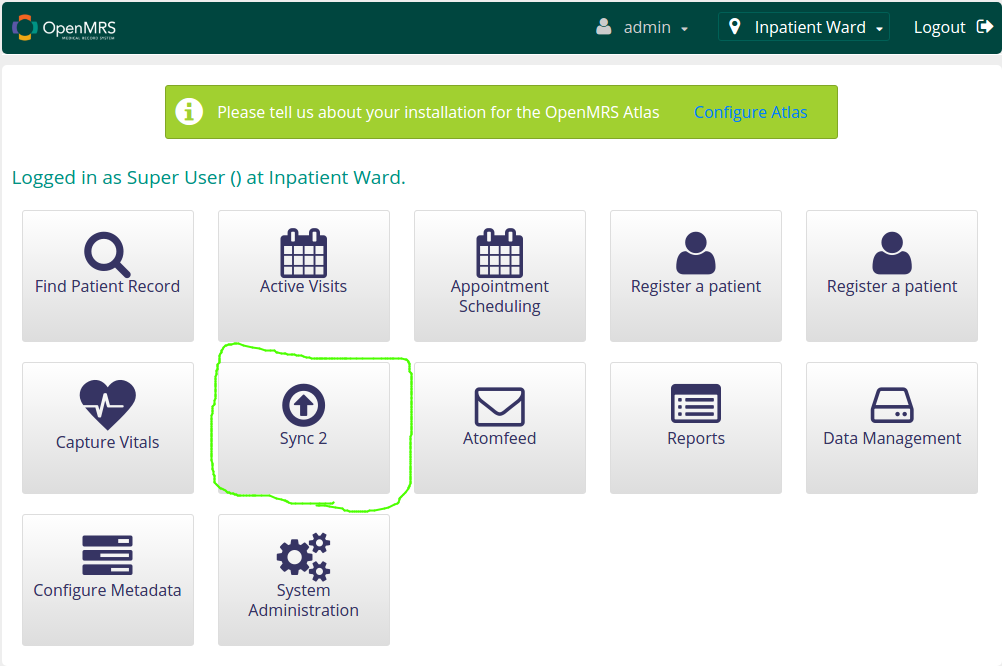 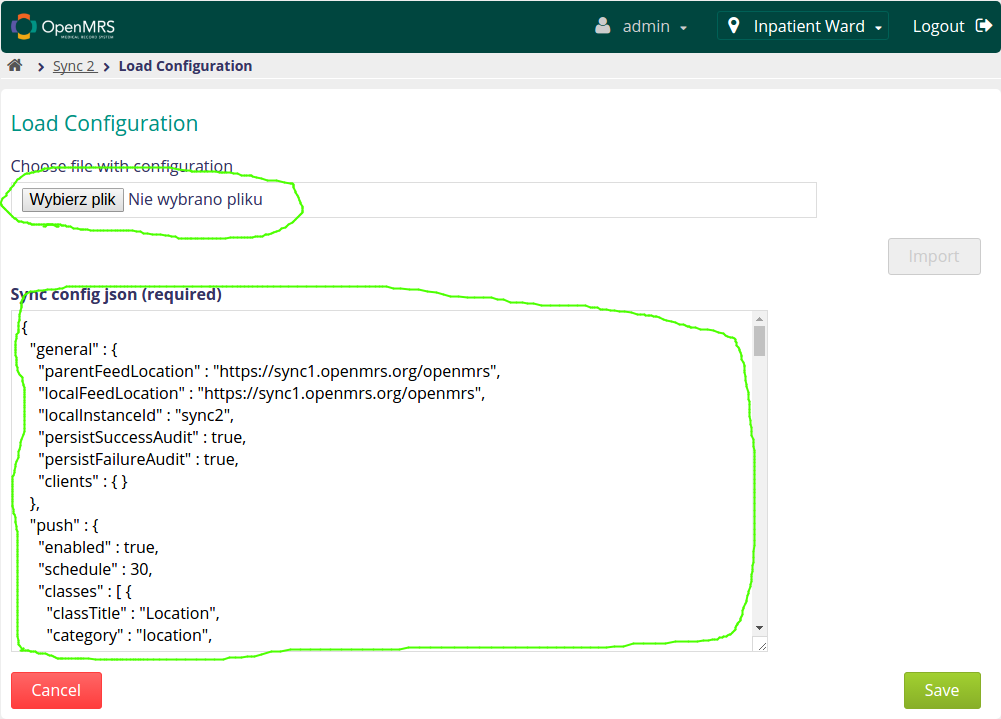 Before running Sync module, it is important to configure as well the AtomFeed module: 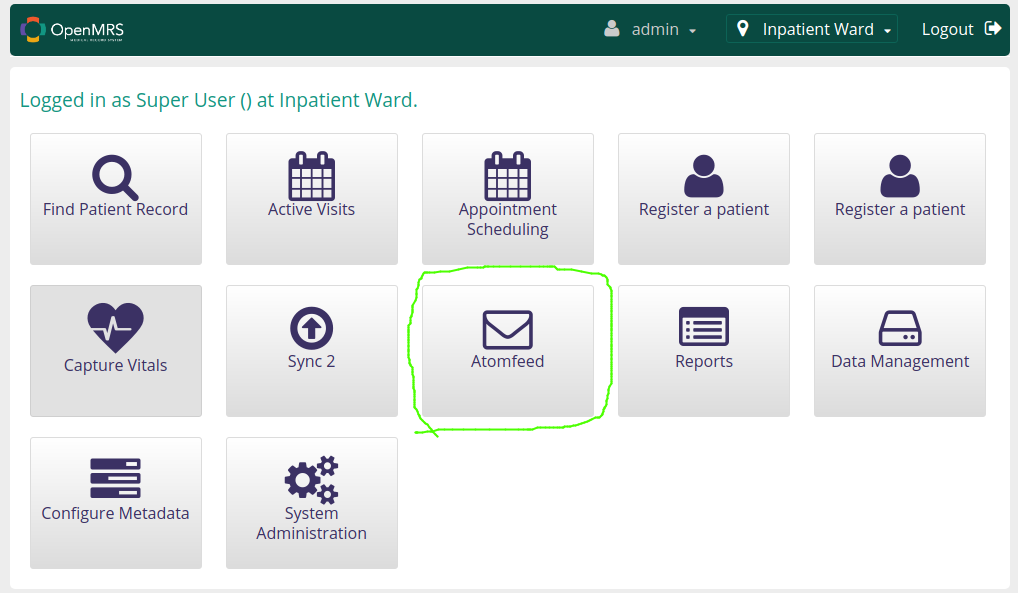 Details about the Atomfeed module can be found here: Atomfeed for Sync 2.0

What is important is to make sure all the entities you wish to synchronize are configured in the AtomFeed confguration so:

Only the entities that have property "enabled" set to true will be published as Atomfeed feeds.
In Atomfeed you can also configure Catchment Strategies which enable synchronizing objects with specified geographical data.
It is also needed to configure some global properties: 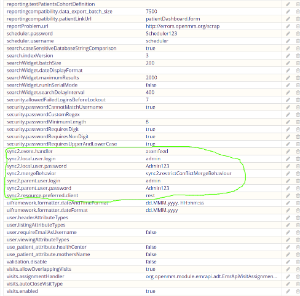 and in "sync2.resource.preferred.client" a default client can be set, "rest" or "fhir"

When performing "Manual Push to the Parent" on a Child server, all the changes done on the server are being "pushed" to Parent Server.
If the push is successful, you should see

When the pull is successful, all the changes applied on the Parent should be present also on the Child Server
Pulling and pushing can be configured to be performed automatically by setting "enabled" property to true in "push" or "pull" json entities.
The synchronization interval (in seconds) can be set in "schedule" property

The parent server also has possibility to decide, which children are allowed to push data to it/pull data from it. This is done using the sync.whitelist property

The "instanceIds" parameter contains all the ids of instances that are allowed to perform synchronizing operations
with the current parent server. Empty value means that all children are allowed to synchronize

OpenMRS Sync 2.0 synchronization also allows to solve conflicts that may occur during multiple changes on many instances.
Depending on the setting of "sync2.mergeBehaviour" global property, conflicts can be solved in two ways: