The KenyaEMR is a tailored distribution of OpenMRS which meets the requirements laid out in the Kenya Ministry of Health document: 2011 Kenya EMR Standards and Guidelines. KenyaEMR was originally developed by I-TECH and is currently being supported by Palladium Group through KHMIS Project. The distribution has been deployed to over 400 sites in Kenya.

We expect other organizations implementing KenyaEMR will want to customize it by adding additional content specific to their sites. KenyaEMR has been designed with this in mind and has an API that allows add-on modules to add new content such as forms and reports. We strongly encourage developers who plan to do this to join the official mailing list so that they are notified of changes to KenyaEMR and it's API.

KenyaEMR uses the new OpenMRS UI Framework module to create an entirely new point-of-care oriented user interface. Many of the fragments, decorators, stylesheets, icons, and scripts are maintained in a separate module called Kenya UI which allows them to be more easily reused in different projects, especially add-on modules. 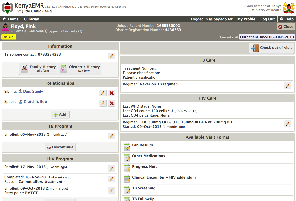 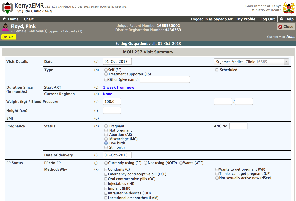 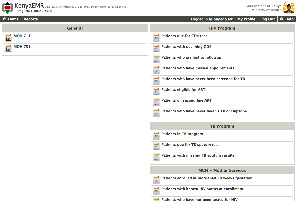 Interoperability with other systems

KenyaEMR supports seamless data exchange with other systems within HIS ecosystem through an interoperability layer (IL) which acts as an information broker between system while enforcing standards. Supported systems include: