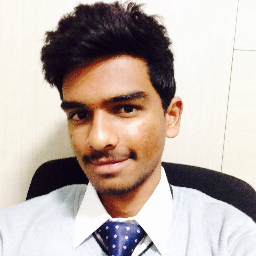 Currently, in order to extend the functionality of OpenMRS, you have to create an OpenMRS Module. This requires a fair amount of Java, Spring, Hibernate, JSP knowledge as well as knowledge of the OpenMRS Java API design. Furthermore, modules are often tied to particular OpenMRS version and are sometimes dependent on specific versions of other modules. All of these facts increase the barrier to extending the functionality of OpenMRS. With the OpenMRS REST APIbecoming more mature, it makes sense to be able to allow developers with just HTML and JavaScript knowledge to extend the functionality of OpenMRS. The goal of this project is to enable the use Open Web Apps (OWA) with OpenMRS (as has been done for DHIS2). OWA is a packed HTML/CSS/JavaScript into a zip package with a manifest.webapp file (a json), describing the OWA. The module allows packaging of the OpenMRS reference application components as an OWA that can be used by other OWA or modules.

Aim of the Module

The goal of this project is to enable the use Open Web Apps with OpenMRS .The module allows packaging of the OpenMRS reference application components as an OWA that can be used by other Open Web Apps or modules.

Once the build is successful you will be able to see a OMOD file is at “{module folder}/omod/target”.You can add that to OpenMRS by clicking on the manage modules section on the Administration Tab.Also include the web services.rest module as we intend to pull the information and interact with OpenMRS with rest calls in the open web apps we create.

What are Open Web Apps?

Open Web Apps are essentially no different than standard websites or Web pages. They are built using standard open Web technologies — HTML, CSS, JavaScript, etc. — and can be accessed using a Web browser.

Web Components usher in a new era of web development based on encapsulated and inter operable custom elements that extend HTML itself. Built atop these new standards, Polymer makes it easier and faster to create anything from a button to a complete application across desktop, mobile, and beyond.

Web sites are made of lots of things — frameworks, libraries, assets, utilities, and rainbows. Bower manages all these things for you.

Bower works by fetching and installing packages from all over, taking care of hunting, finding, downloading, and saving the stuff you’re looking for. Bower keeps track of these packages in a manifest file, bower.json. How you use packages is up to you. Bower provides hooks to facilitate using packages in your tools and workflows.

Bower is optimized for the front-end. Bower uses a flat dependency tree, requiring only one version for each package, reducing page load to a minimum.

Using these both Polymer and bower we intend to create Open Web apps here is an example of such Open Web App.

After you add the OWA you can access the app by clicking any where on the app info(logo/Name/Developer/Version).

In order to remove the OWA click on the respective delete button of the OWA.

In order to manage the global properties with respect to  OWA-Module click on the Settings tab on the Administration Section.They  include

owa.appBaseUrl :The base URL from where the Open Web Apps are hosted.

owa.appFolderPath :The default location where the apps are stored on disk.

owa.appStoreUrl: The default URL for the OpenMRS appstore.

Here is a screenshot attached:

How to write your own Open Web Apps

If HTML were reinvented tomorrow, it would provide more features and greater capability than today. For example, if HTML provided <camera>, <carousel>, and <tabs> elements, imagine the efficiency and ease of building a photo booth app.Fortunately, Custom Elements pave a path to Polymer’s “Everything is an element” philosophy. Embracing this philosophy means a web app becomes a collection of well-defined, reusable components.

So using https://www.polymer-project.org/1.0/docs/start/reusableelements.html you can create write your own polymer elements and using them write your own Open Web Apps as a reference you can always use OWA-Commons(https://github.com/SandeepRaparthi1/OWA-Commons).

Note: Polymer is just one such libraries to build webcomponents there are more libraries like x-tag,bosonic etc.,