Task is a FHIR resource that is part of the Workflow Module. Task is used to represent an activity that is to be performed,and track the completion of said activity.

A number of different communication patterns use the Task resource, including the placing and fulfilling laboratory orders..

The OpenMRS data model does not contain a natural mapping of this concept support. In order to support workflows requiring Task, the OpenMRS FHIR module extends the data model with a representation of the Task resource that is stored in the fhir_task table. 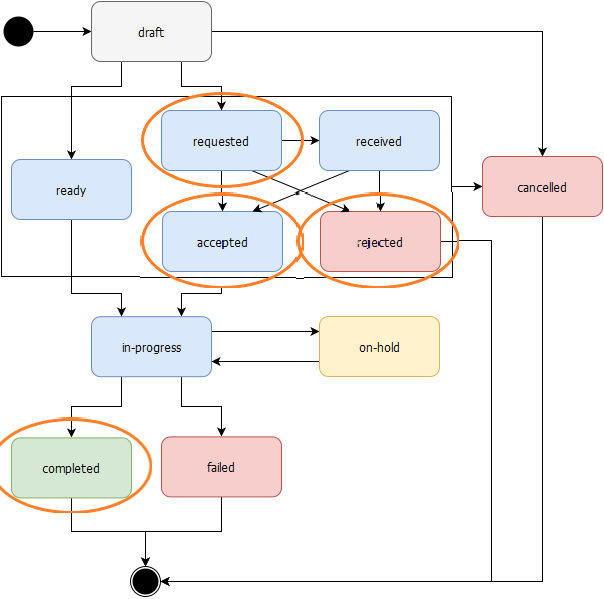