The Atlas Module was created in Google Summer of Code 2011 as a way for implementations to easily create and maintain a marker on the OpenMRS Atlas. The module has not yet been widely adopted for two reasons: (1) it has not been distributed as part of OpenMRS, since OpenMRS 1.10 was delayed and later changed, and (2) creating or updating a marker depends on the module running in a production system connected to the public internet.

This project aims to address both of these issues by making a version of the Atlas Module to be distributed within OpenMRS 2.0 and allowing an implementation's marker to be registered to an OpenMRS ID, allowing for a the marker to be created or revised outside of the module.

As a user can create or edit markers directly in Atlas Server, Atlas Module homepage can be an embedded view of Alas Server (maybe with <iframe> HTML tags for example), or just a map with user markers (maybe better idea !) 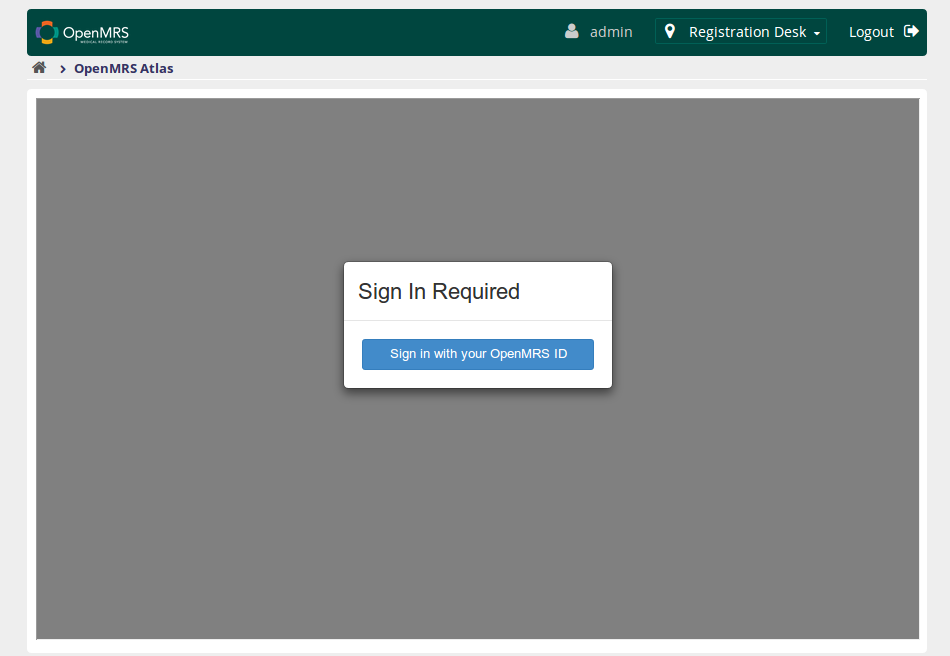 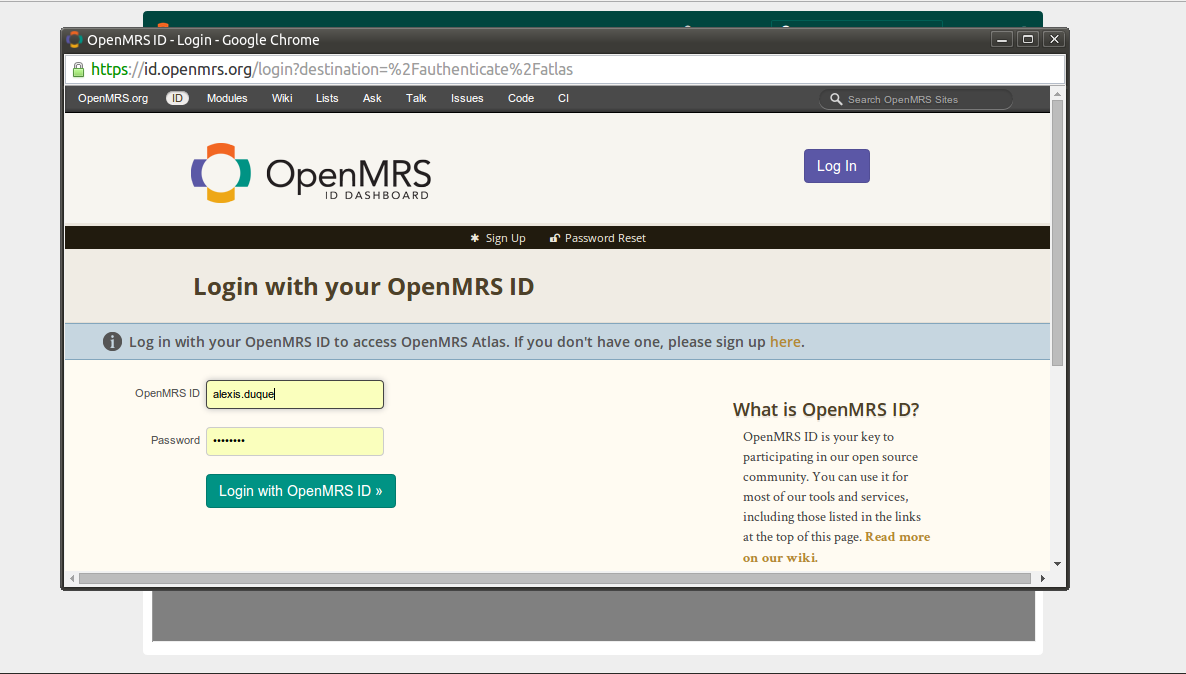 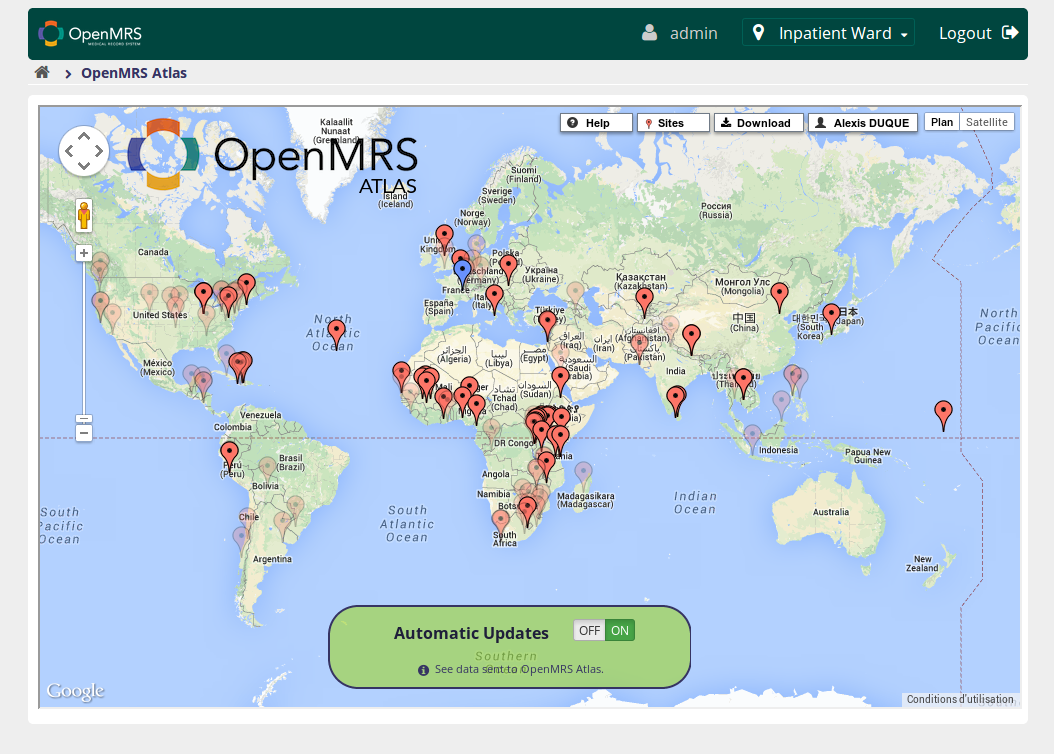 Link/Unlink a server to a site in the Atlas 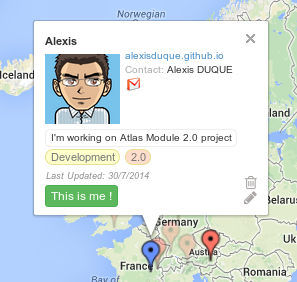 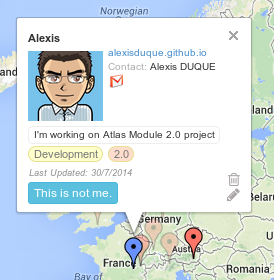 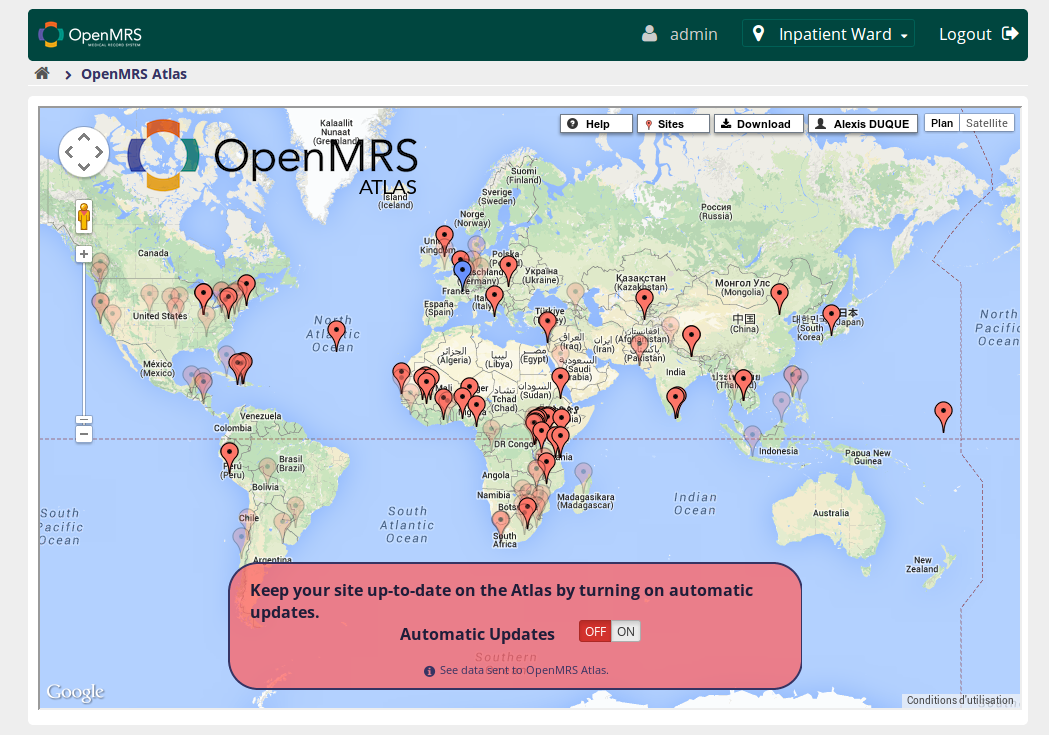 Edit your marker, show your counts chose to display them in Atlas 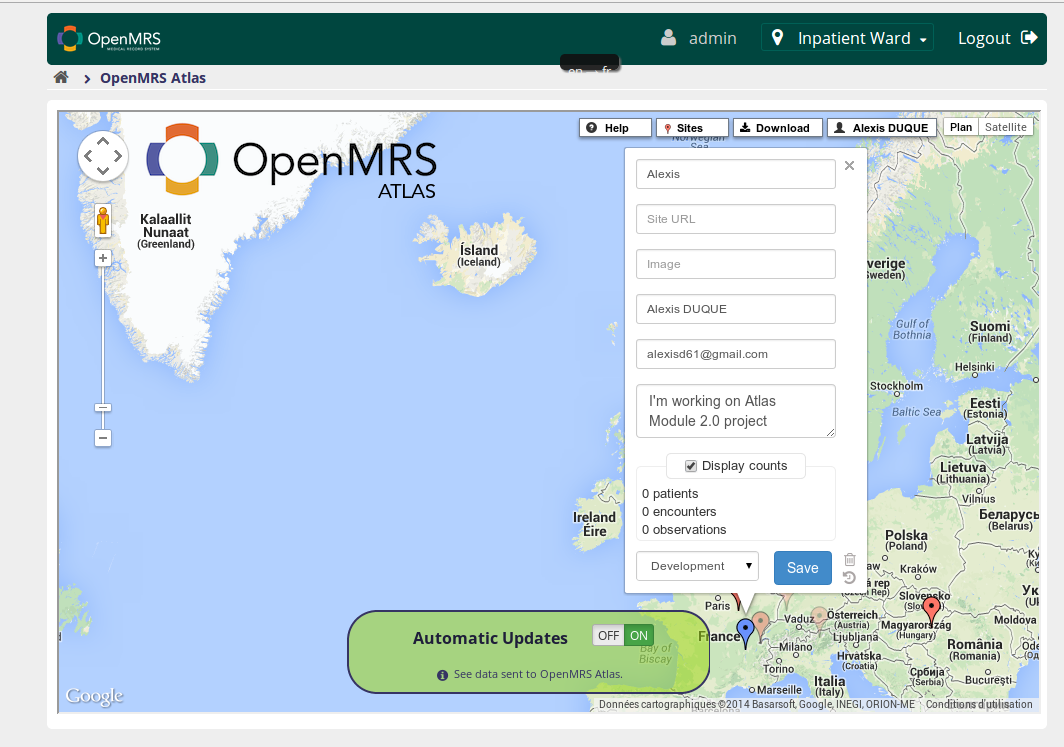 Show what is sent to OpenMRS 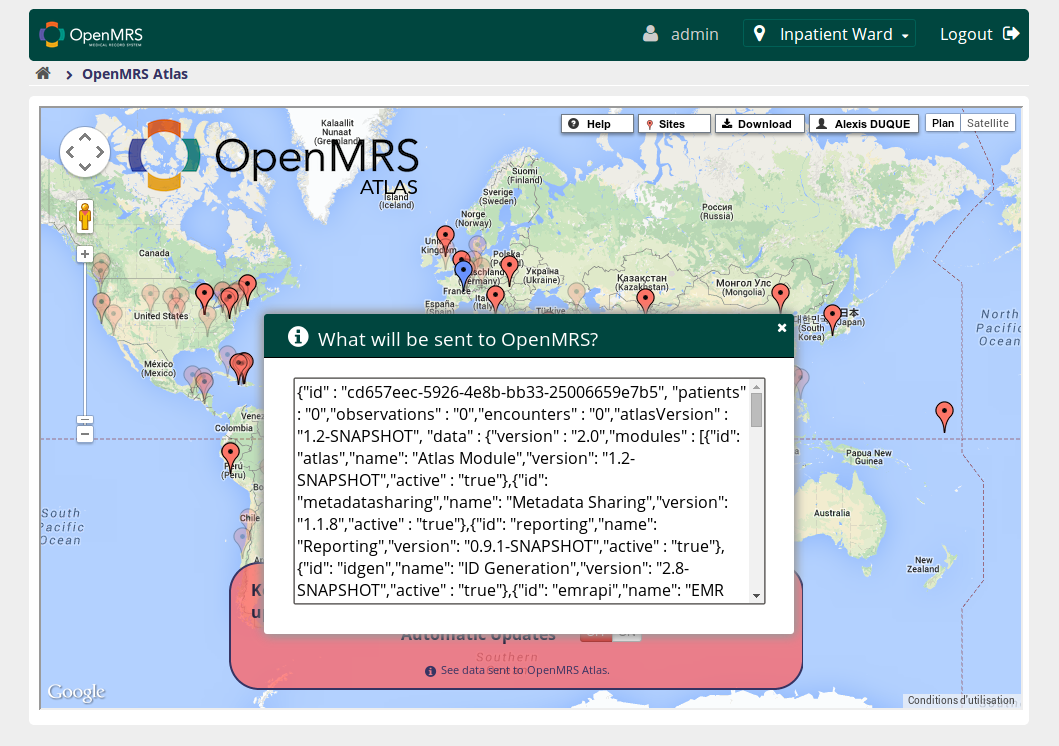 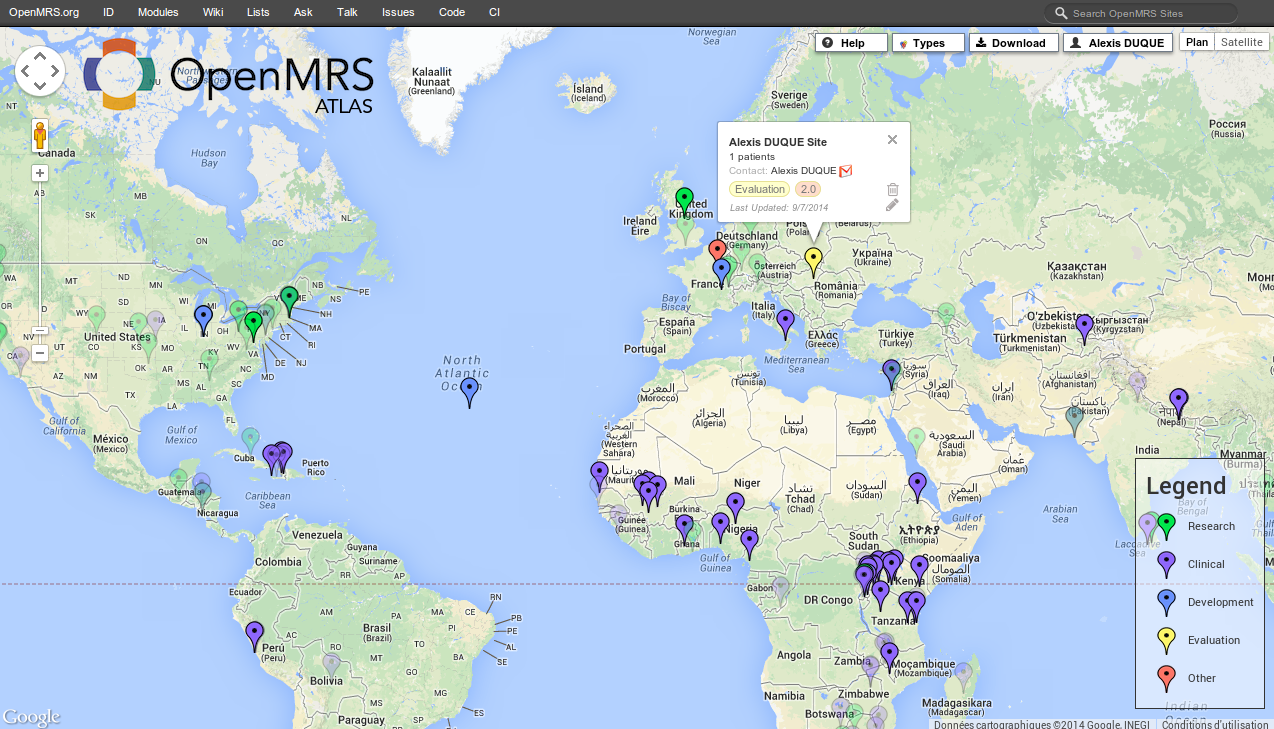 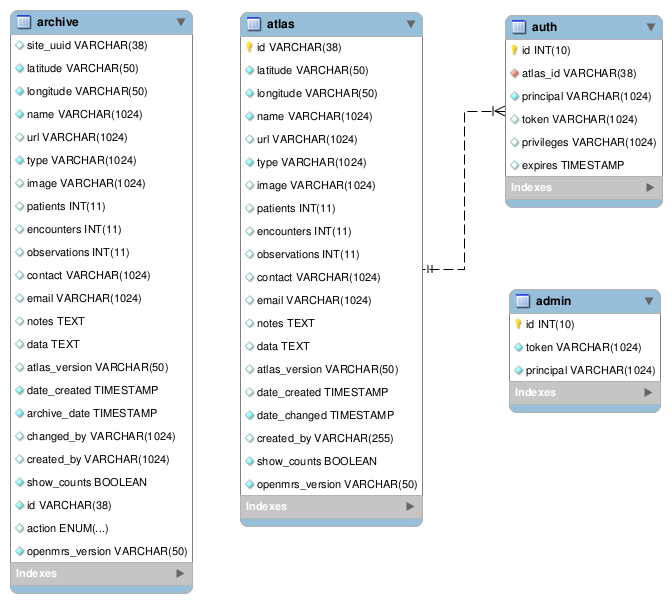