Releasing a Module from Bamboo

Check Configuring a Plan to Release from Bamboo to configure a new build to use this stage.

Javadoc is failing for multiple modules.

Read this thread before releasing a module, to make sure your module won't fail on javadoc generation.

If you accidentally tried to release a version and it failed in the release:perform due to that problem, you will need to release a new version. Do not try to reuse the same version as your first attempt.

Got your release using JDK 7 instead of JDK 8? ''Unsupported major.minor version 52.0"

Please set up JAVA_HOME variable for the release task as defined in Configuring a Plan to Release from Bamboo.

When getting to the latest build of a module, the screen should be something like:

The default release version is defined in a variable named maven.release.version. The default next snapshot ( maven.development.version) is empty, and calculated by the maven release plugin.

You usually do not need to do this, but if you want to know what the next release will be (or if you want to change it), check the plan variables configuration:

When you click the 'play' button to kick the release, Bamboo will allow you to customise a few variables.

When you click the 'play' button to kick the release, Bamboo will allow you to customise variables - which will override the release number and the next .

You probably do not need to override anything. 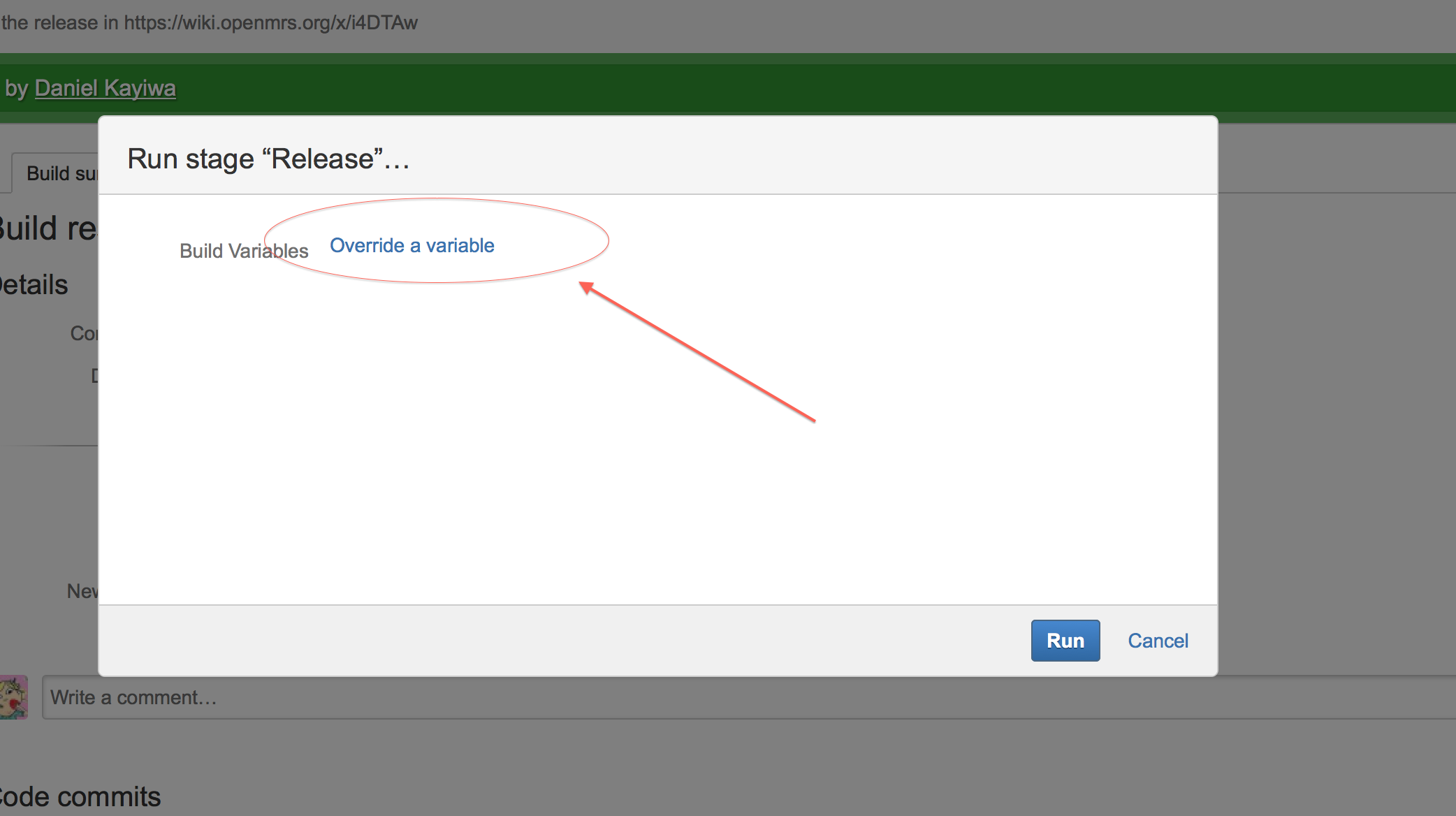 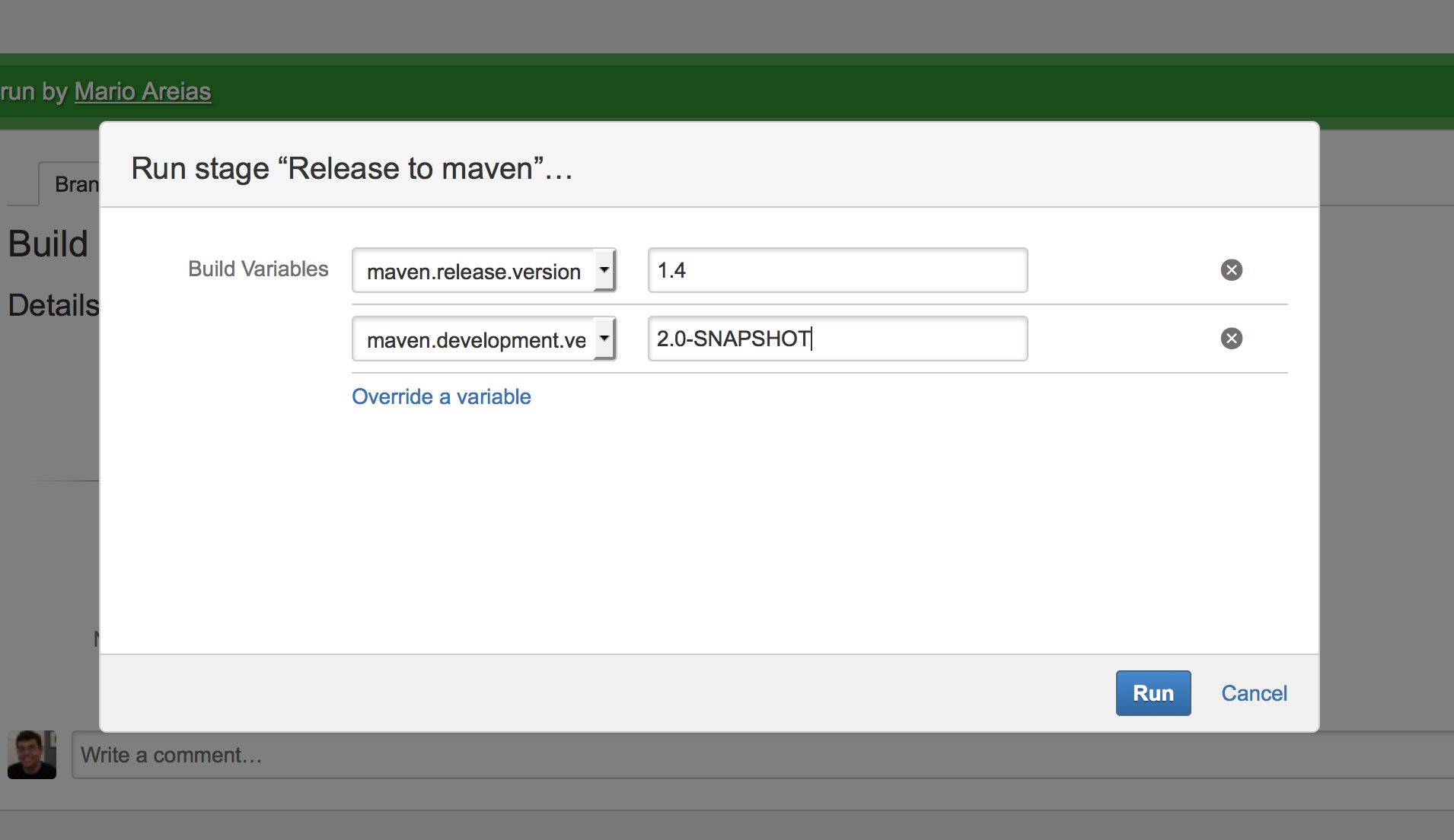 As per Versioning, you should use semver. The release scripts will return an error if you try something else.

Also, if you are releasing 1.19.0, your next snapshot should be 1.20.0-SNAPSHOT, as per this discussion. If you don't override development version, it will be automatically set for you.

If this module is part of the reference application, other option you might want to override is the global variable 'preparing.refapp.distro.release': 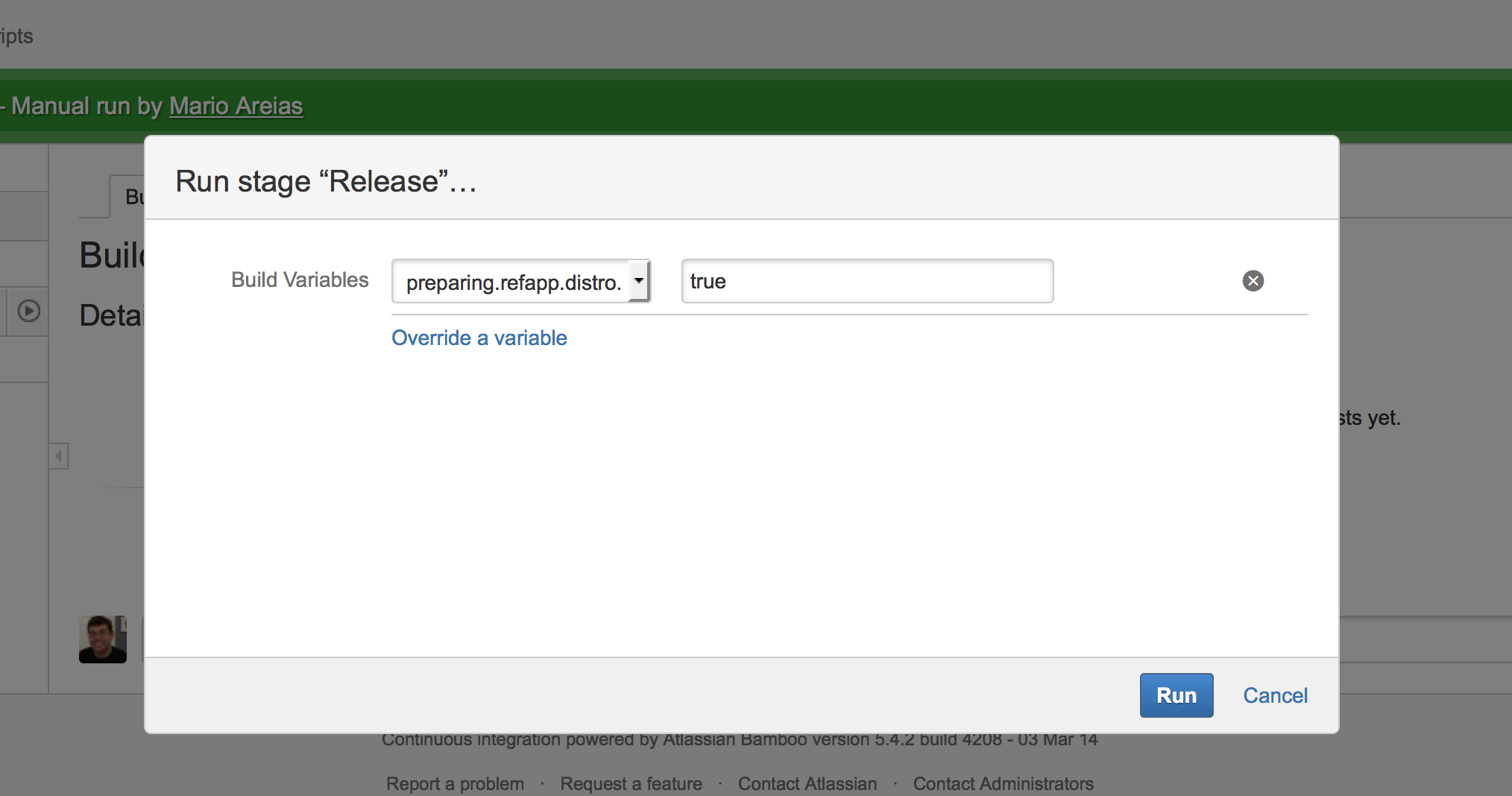 When it's true, the refapp distro will be updated with the released version; when it's false, with the next snapshot.

... read the logs. If it failed only to update the distro, it's possible to do it manually.