Why care about managing concepts?

Someday you might deploy more than one implementation, multiple servers, or need a collection of concepts which are different from the CIEL concept dictionary.  There are trade-offs for each of these scenarios:  standalone, master/slave, and central curation. 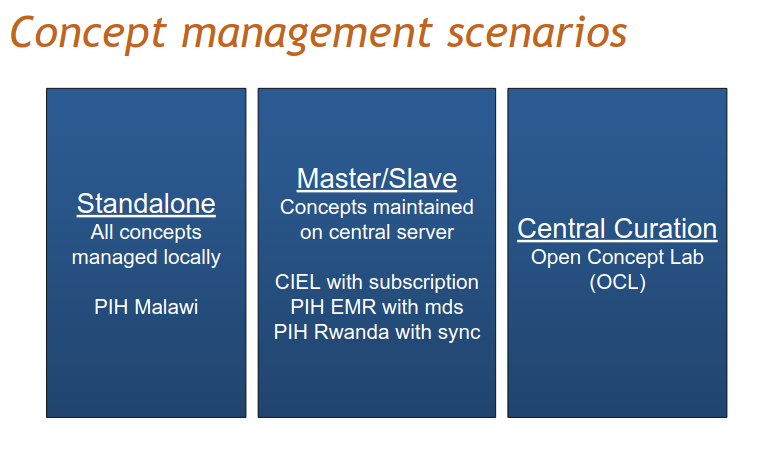 Master/Slave:  There are 3 examples of this: 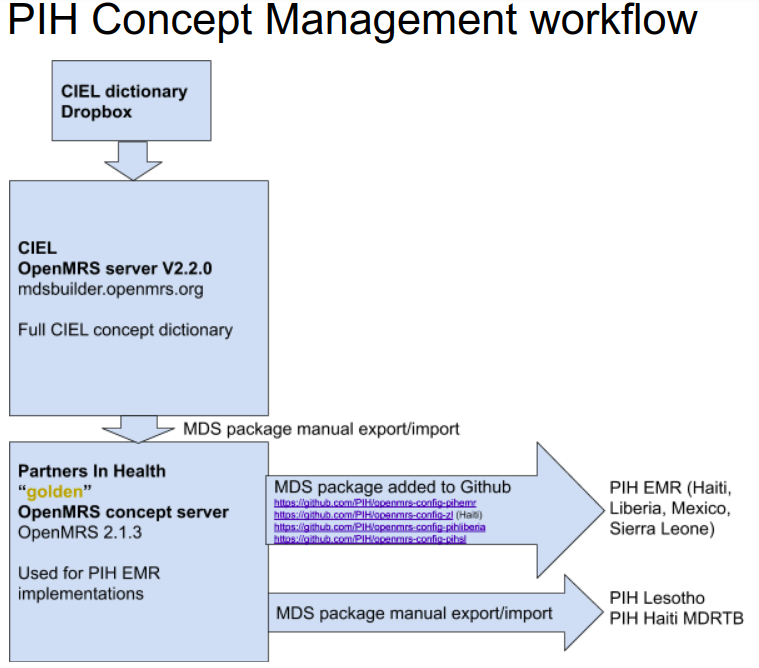 Partners In Health implementations (Haiti, Liberia, and Lesotho) use centralized concept management and the "golden" server.   The "golden" concept server is maintained in the cloud and used for PIH concept management with a curated set of concepts.  These steps outline the process for creating mds packages for implementations along with the "PIH Concept Management workflow" figure: