OpenMRS supports a great way to integrate Modules into the core system. But these modules are not hot swappable but gives the impression of hotswappable. Each time a module is uploaded, stopped or restarted the OpenMRS system literally restarts itself to put that action into effect. All scheduled tasks and background processes currently running will be interrupted. This project proposes an effective solution for this problem.

OpenMRS supports modules integration and administration using its current user interface. Users of OpenMRS depend extensively on robust execution of some modules, all scheduled tasks, background processes and they would require modules to be uploaded, started, stopped also. But this is the problem current OpenMRS module administration faces. Since each module upload, download, start, stop, unload action performed by the user will result in a full OpenMRS Spring Context refresh. This refresh will interrupt all the currently executing modules as well as other background processes thus degrading the robustness.

To ensure the robustness there should be a mechanism which allows to do the above mentioned actions to be performed by the user without an OpenMRS Spring context refresh. This refresh should take place only when the user explicitly wants it to happen. Which means refreshing of OpenMRS Spring context should be decoupled from each above mentioned actions and should be an explicit action which can be performed by clicking a "Restart" button. Thus the OpenMRS Module Administration will guarantee uninterrupted and smooth execution of running modules and background processes.

Further more OpenMRS allows to add module as well as upgrade existing modules. Currently there are individual actions for adding and upgrading modules. These should be consolidated together to be performed as one action. With the basis of "To upgrade a module it must exist" a module adding and upgrading can be distinctly identified. Thus appropriate action can be performed.

Recurring steps planned to adhere are;

The Module Administration UI Change I 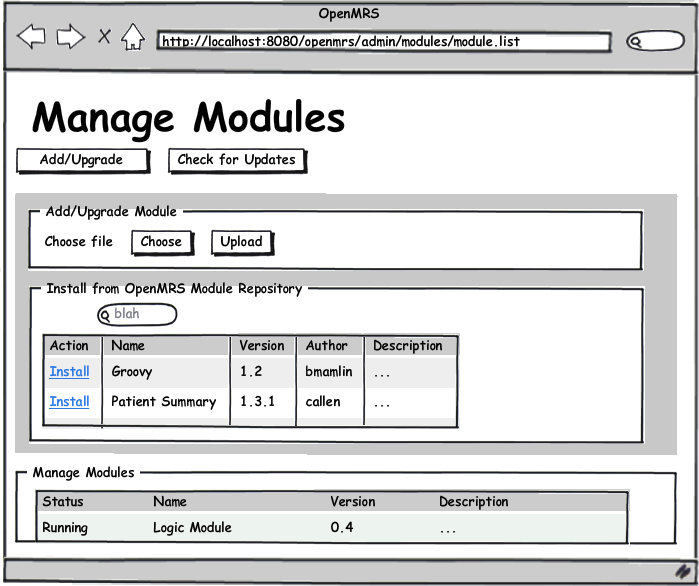 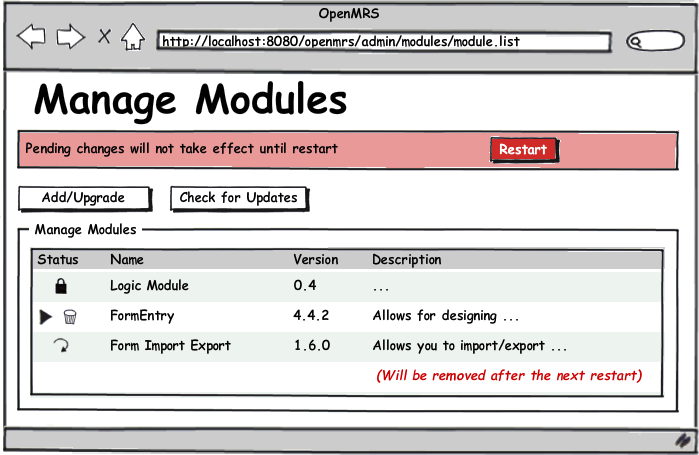 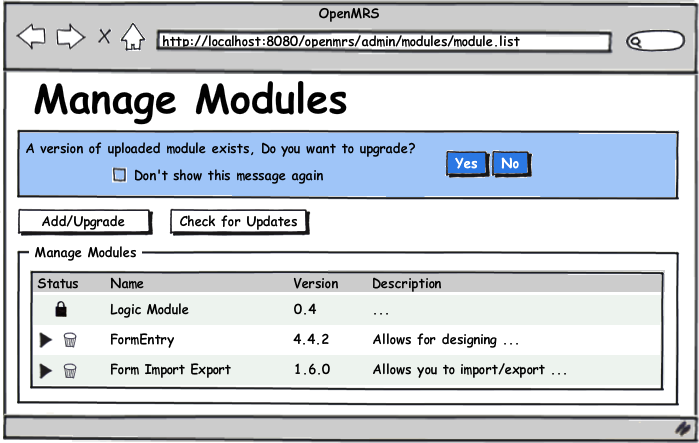 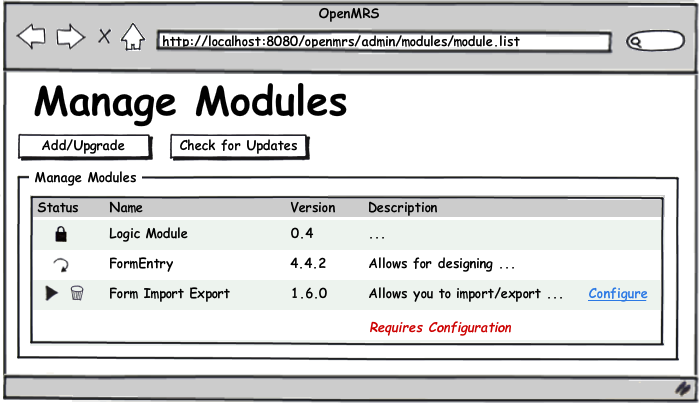 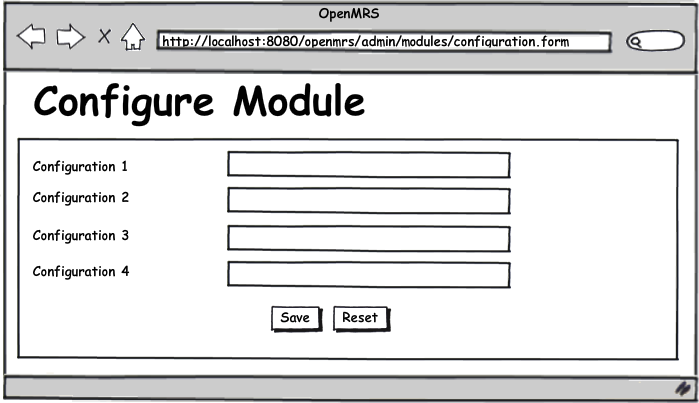 The JQuery Confirmation Widget aka jConfirm